The Windrush Caribbean Film Festival (WCFF) Film Awards have already become the must-have gong for all festival entrants. This year the awards were handed out at the closing screening in Birmingham on 17 July 2022.

The Best Short Film honour was handed to film maker, Alex Koyode-Kay for his film on the little-known story of a young community activist, Olive Morris. The Ballad Of Olive Morris is a short film which shows a true-life incident in Brixton, London in 1969. 17-year-old Olive Morris was assaulted by police officers after she tried to prevent a Nigerian diplomat from being arrested and assaulted under false pretences by the Metropolitan police officers.

This film was very timely as it coincided with the anniversary of Olive’s death on 12 July 1979.

Best Feature Film was awarded to Tony Oldham, the producer/director of Arts of Conflict – The Discourse of Notting Hill Carnival. Chosen by the viewers. The Notting Hill Carnival has been described as Europe’s largest street festival, but in the UK, many feel it’s been demonised by the media, police, politicians and local residents unfairly.

This is the story of the controversial event, from its inception out of the 1950s London race riots, to its present-day.

The final accolade which is given from the festival’s content is the Best Film. This year the award goes to Patricia Frances for Art of Oppression. This film uses a documentary format to allow three diverse female artists to use their art to speak of marginalisation and injustice.

The coveted award which has become synonymous with the festival is the Paulette Wilson Justice Award. This year the recipient is Wendy Williams CBE for all her determination to deliver a strong report on the causes of the Windrush scandal and lessons learned for the Home Office.

Speaking after the awards she said, “I am both honoured and privilege to accept the Paulette Wilson Justice Award and I am particularly humbled when I think about the person in whose name the award is being given.”

This award is sponsored by Integriti Capital and was launched in honour of the Windrush campaigner who sadly passed away before she could be compensated as a result of the Windrush scandal. Throughout her campaign, Paulette fought tirelessly against her own deportation to Jamaica and for all others affected by the scandal. Her efforts brought media attention to the human rights violations of those caught up in the Windrush scandal.

“The experiences of Paulette Wilson were both harrowing and unjust and it was a privilege for me to have the opportunity to document her experiences and the experiences of so many others. I can only hope that my review has played a small part in telling the stories of those from the Windrush generation who were badly affected.” Continued, recipient Wendy Willams CBE.

About the Windrush Film Festival:

The Windrush Caribbean Film Festival (WCFF) launched in 2020 with the mission to engage and educate audiences across the UK in cinemas and art venues and digitally about the contributions of the Windrush generation and their descendants to the country through live and virtual screenings, talkbacks, interviews and workshops.

An online Festival pass will give you instant access to WCFF 2022 once the festival starts on 17 July throughout the festival up to the 31 July 2022. Sign in to view the festival schedule, attend virtual workshops & film screenings and participate in discussions with Filmmakers at your leisure. Your pass ensures you can re-watch at any time, until the end of July.

The Ballad Of Olive Morris will follow events based on a true life incident that happened in 1969, where 17-year-old Olive Morris tried to prevent a Nigerian diplomat named Clement Gomwalk from being arrested and assaulted under false pretences by police officers in Brixton.

Alex Kayode-Kay is a director, writer and producer who trained at London Metropolitan University, graduating with a MA in Film and Broadcast. Armed with a passion for filmmaking Alex also trained as an actor, performing for stage & screen. He directed and produced numerous short films, documentaries and music videos before deciding in 2017 to co-founded independent production company, FatOedo Productions. Among his credits, Alex has written, produced and directed the Edinburgh TV Festival nominated Television Pilot The Solution, and has written, produced and directed the upcoming biographical drama The Ballad Of Olive Morris, released in 2022.

London’s Notting Hill Carnival is coming under increasing pressure and attacks from the British press, politicians, police and local residents who consider it an event of conflict. This is the story of the controversial event, from its inception out of the 1950s London race riots, to its present-day controversies that see it perceived as a Carnival of violence. Focusing on its arts and the darker past from which it emerged, Arts of Conflict seeks to open up the conversation about Carnival’s significance and its origins.

Tony Oldham’s first love is cinematography, and he is a self-shooting Producer/ Director. He studied film at the University of West London before co-founding his production company Blackstone Valentine Ltd. During 2016, he completed his directorial debuts with his documentary ‘Diva’, and fiction feature ‘The Last Kill’ respectively. Both were made on micro budgets with minimal crews. His first few projects have by coincidence been Caribbean themed and provided him with his first opportunities in filmmaking. In 2019 he completed two feature documentaries examining the culture and socio-political issues surrounding Notting Hill Carnival.

‘The Art of Oppression’ brings together, in one filmic space, three culturally diverse female artists who use their art to speak of marginalisation and injustice. Voice is important in this film. The director gives volume and primacy to the women’s lived experiences and to what they reveal during their process of creating. The film’s narrative is paced, subtly balancing the agency of women’s voices. The director plays with documentary convention, positioning herself within the film context without distracting from the women and is her response to unmuting the Black female voice, in an industry where Black women directors remain under-represented.

Patricia Francis is a filmmaker and Royal Television Society award nominee. Her films include Making Waves (2015), Many Rivers to Cross (2013), My Life: Are you Ready For this? (2018) and The Art of Oppression (2021). Patricia is also a post graduate researcher, her practice-based research explores women’s activism through the medium of documentary art film. Patricia is interested in ‘voice’ and explores through her work how to give volume and primacy to activist women’s voices using artistic practice where women’s voices have historically been undermined, unheard, or silenced.

Wendy Williams, a solicitor, was a partner in a defense firm before joining Her Majesty’s Crown Prosecution Service Inspectorate (HMCPSI). In 2003 she joined the Crown Prosecution Service (CPS) as the Legal Director of the CPS London North Sector and was subsequently appointed as the Chief Crown Prosecutor (CCP) for
CPS Northumbria and the Northeast region in 2009. In April 2015 Wendy was appointed as Her Majesty’s Inspector of Constabulary at HMIC (now HMICFRS) and has responsibility for 13 forces in the Wales & Western Region covering the Midlands, Wales and Southwest regions In July 2017 her role was extended to include the inspection of fire and rescue services across 11 areas in the Western region. Wendy is committed to increasing diversity and inclusion in policing and the fire and rescue service.

Wendy Williams is also the author of the independent Lessons Learned Review into the Home Office and its handling of events leading up to the Windrush scandal. This was presented to Parliament in March 2020. The Home Secretary invited Wendy Williams to consider the progress made by the department in implementing her 30 recommendations, and her Windrush Lessons Learned Review Progress Update was published on 31 March 2022. In September 2020, she was appointed as a non-executive director of the Financial Services Compensation Scheme. Wendy Williams was awarded a CBE in the Queen’s New Year Honours list of 2021.

Past winners of the Paulette Wilson Justice Awards: 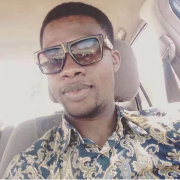 editor
Abel Mavura is a trained journalist, humanitarian worker, and academic researcher. He holds a BSc Degree, Diploma in Journalism & Communication, Diploma in English, Masters in International Affairs-Advanced Global Studies from Sciences Po, Paris, France. Currently, he is pursuing a PhD in Political Sciences & Migration, at QMUL & Paris 8 Universities. He is a social entrepreneur and a development projects consultant who established a Non-Governmental Organisation in Zimbabwe. In 2015 and 2017, he was listed in the Top 40 Influential and Emerging Leaders in Zimbabwe. He is also a recipient of the 2021 Civic Leadership Award. In 2022 he was honoured by the Canadian Embassy and Shamwari Yemwanasikana as a gender Champion for his contribution to ending Violence against Women. In 2019, he was the UNESCO Africa week exhibiting author from Southern Africa. As a published author, under his belt, there are journals and two books to his name. The couch two books are The Art of Realising Your Dream and Never a Last Episode.

Sri Lanka President Gotabaya Rajapaksa has confirmed he will be resigning, the prime minister’s office has said.